Erina Podiatry has been established for over 30 years on the Central Coast. We have 5 experienced podiatrists who can help you with a wide range of foot related problems.

We are equipped to make custom made orthotics on-site and have a wealth of knowledge and experience in this area.

With over 40 years in the industry we have a wealth of experinece in treating foot related problems.

We aim to provide meaningful and realistic treatment outcomes for our patients. 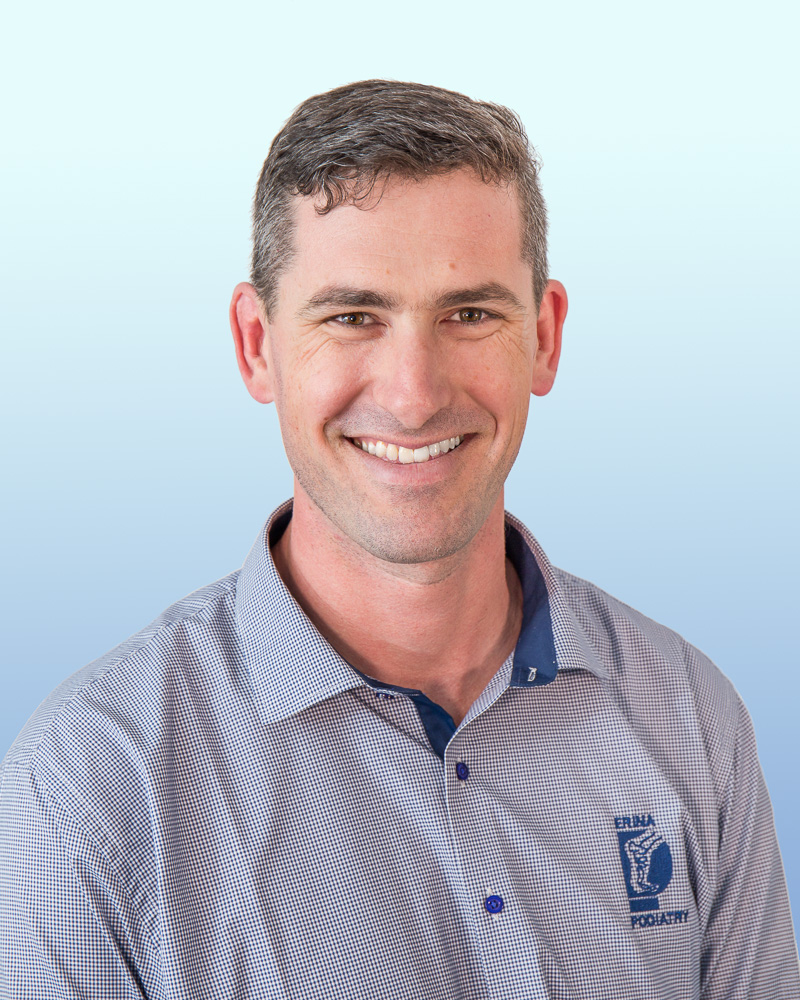 Angus has been working with Erina Podiatry for over 20 years. Being the son of Gary and Cathy he began working during his studies as a Laboratory technician in the manufacture of custom made orthotics and equipment maintenance. He graduated with a Bachelor of Medical Science from the University of Sydney in 2007 and then went to complete a Bachelor Podiatry at the University of Newcastle in 2010 where he was awarded the “Golden Stethoscope” for topping the clinical examinations.

During his studies he travelled to the United Kingdom completing placement with NHS podiatry service in Suffolk, London and spending time with renowned podiatric Surgeon Dr Trevor Prior. His training also took him to the high risk foot clinic and community health services in Launceston, Tasmania. After graduating Angus worked with the Sydney Local Health District where he enjoyed working at the Aboriginal Health Service in Redfern and establishing an Orthopaedic clinic at Concord General Repatriation Hospital working with Rheumatology and Orthopaedic outpatients.

He worked for the University of Newcastle for several years, teaching the students the principals of orthotic manufacture. He is now undertaking further study with Southern Cross University to become a certified Pedorthist. Pedorthics is the field of custom made footwear designed for specific complex medical problems such as Charcot Neuroarthropathy, severe foot deformity and neurological disorders.

Angus describes himself as general podiatrist and likes to keep proficient in all aspects of podiatry. He has a keen interest in the manufacture of accommodative orthotics for use with people with Diabetes. He currently manufactures orthotics for the High Risk Foot Clinic in North Shore Hospital as well as for patients at the clinic. Keen on new technology, he helped implement the modern manufacturing techniques employed at the practice including digital scanning and computer aided manufacturing.

Angus enjoys Brazilian Jiu-Jitsu now that his rugby union days are well and truly over and he is also has a passion for restoring old machinery. You can find him on the weekends with his wife and two on bush walks around the coast. 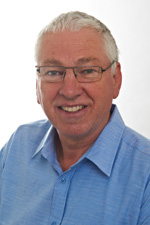 Together with his wife Cathy, Gary is the co-founder of Erina Podiatry which began in 1980. He is a general podiatrist with a special interest in Paediatrics and Sports Medicine. A Foundation Member of the Australian Academy of Sports Medicine he has completed a Sports Science course and also regularly attends conferences and meetings. He has extensive experience in dealing with Paediatric foot problems studying both within the U.S.A. and Australia. He has also completed a Footwear Fabrication and Modifications program at the Footwear school at Sydney Technical College which has been a great assistance in the practice of Podiatry. He has been a Counsellor with the Australian Podiatry Association (NSW) and was involved with the Medical team at the Olympic and Paralympic Games in Sydney 2000.

Recreationally he has a massive interest in rugby union and also enjoys tennis, fishing and the odd game of golf. 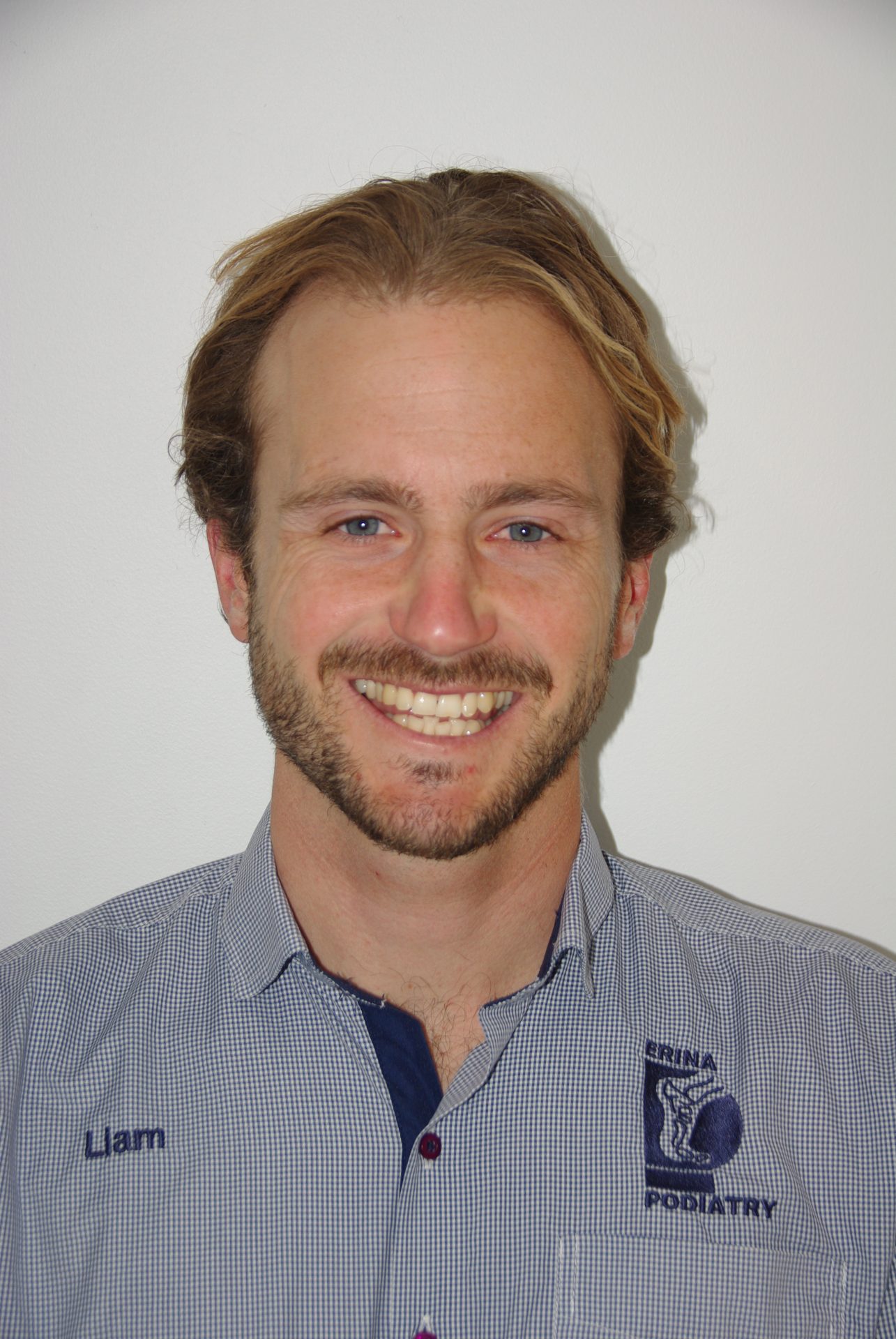 Liam joins Erina podiatry after honing his skills in busy private practices within Sydney. During his study he completed placements at the high risk foot clinic in Launceston, Tasmania as well as through various private practices around New South Wales. Liam also previously studied education and taught for at a high school level before deciding on a career change and finds using these skills to help educate patients to be a great asset to understanding often complex issues.

Liam is a podiatrist who enjoys the variety and complexity that each individual patient brings in a practice, and particularly enjoys helping people become pain free and more active. He credits a podiatrist he saw earlier in life for curing his crippling shin splints and this sparked a passion within orthotic manufacture and prescription that continues to this day as he is constantly keeping up to date with emerging technology and techniques.

Liam’s great desire within podiatry is to help each individual to achieve their goal and improve their understanding on the physiology and management of their certain condition.

Outside of work you will most likely find Liam in the surf, he is also a keen runner and soccer player and loves spending time down the beach with his wife, son and Australian shepherd. 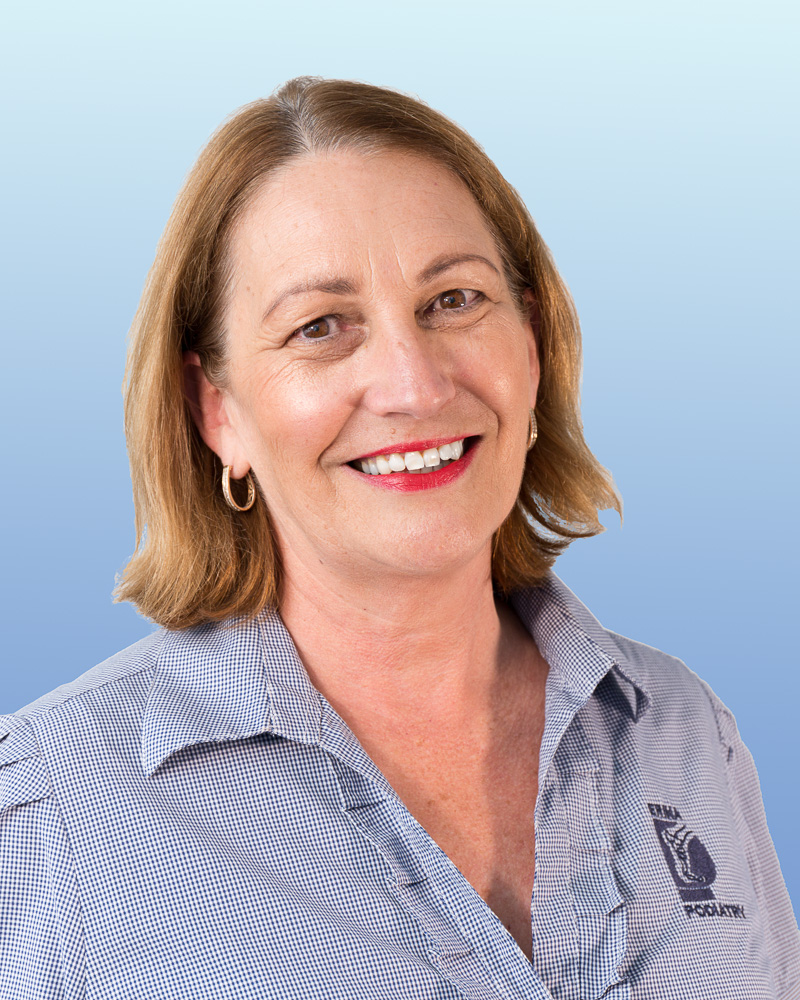 Cathy is the co-founder of Erina Podiatry with husband Gary. She has enjoyed 35 years of helping people stay on their feet.

During these years Cathy has built up a loyal client base with a general treatment based practice. She has consistently attended continuing education courses and attended conferences regularly over that time. Her special interest lies in assisting the elderly stay mobile and comfortable on their feet with significant knowledge in careful debridement techniques, offloading and padding.

You can often see Cathy walking the streets of Terrigal with friends for fitness often with at least two grandkids in tow. 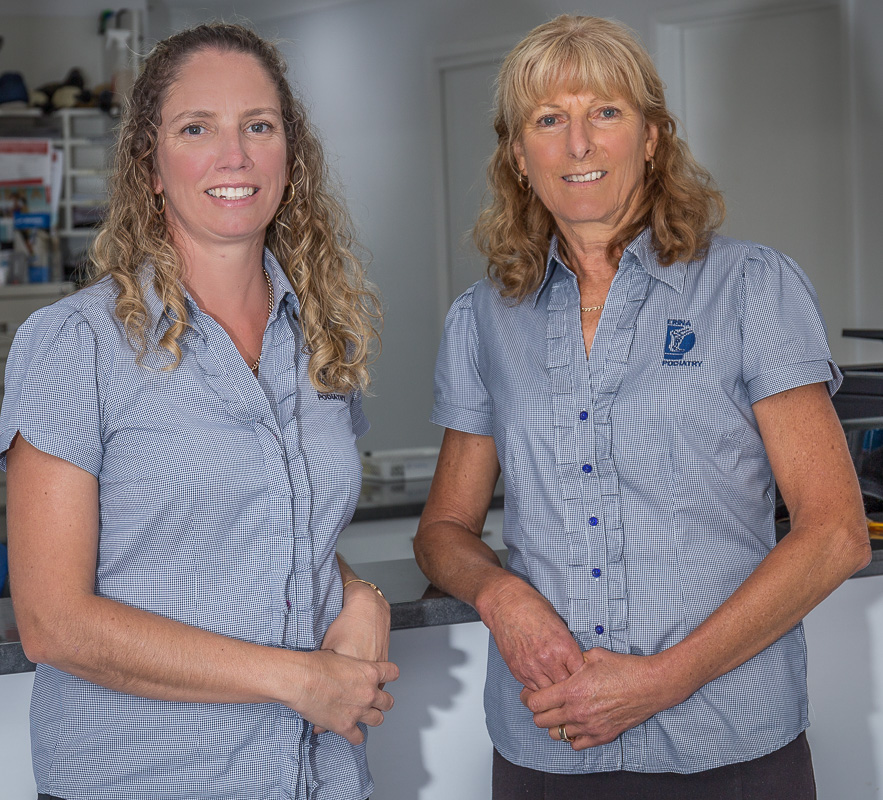 Our experienced and friendly staff are always ready to help.

Send us a Message